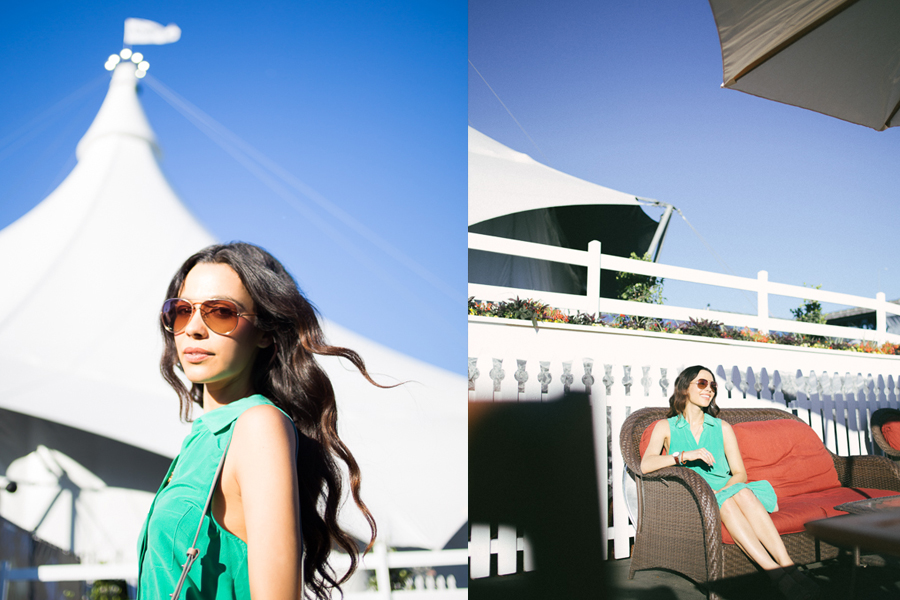 I have to admit, I was pretty excited to see Cavalia come to town. I’m a huge fan of Cirque du Soleil and have seen several of their shows in Portland. Conceived by the cofounder, Normand Latourelle, this equestrian masterpiece shows major influence by the well known traveling production, yet owns it’s own bragging rights as the worlds largest touring production. 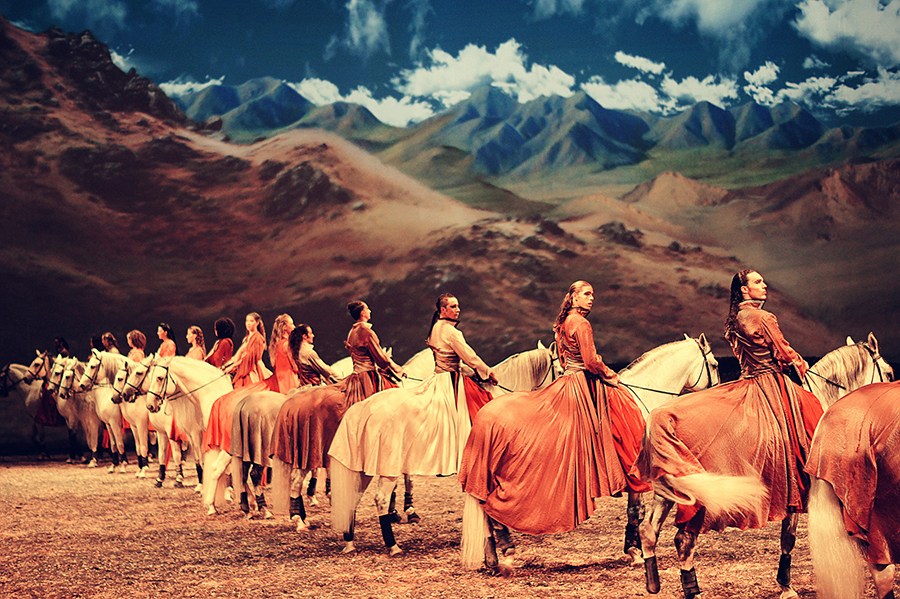 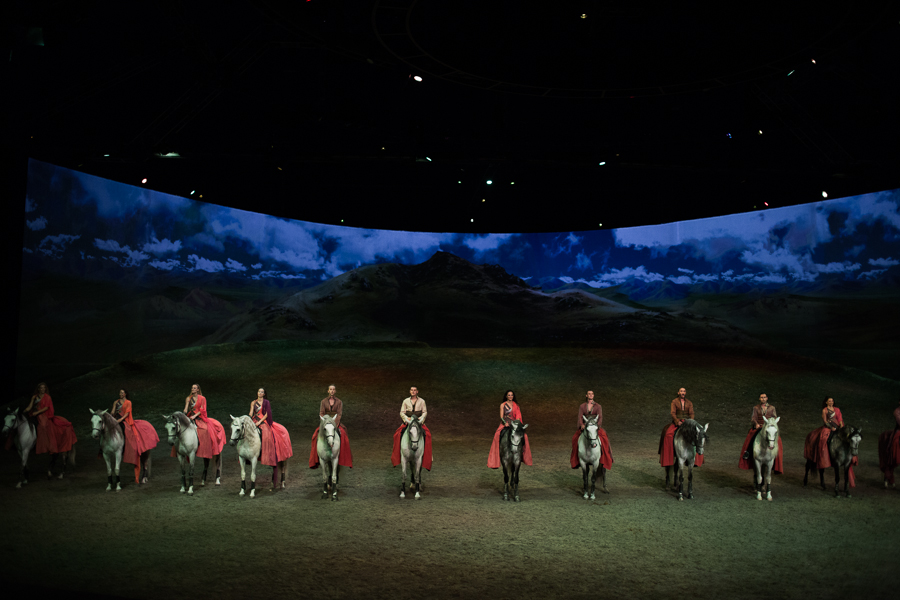 Cavalia offered me VIP passes, nearly center seats with a great view of the entire stage. I was able to see horses glide onto stage and watch their shadows pass through the trees as they exited. I’m not sure there’s a bad seat in the house actually. 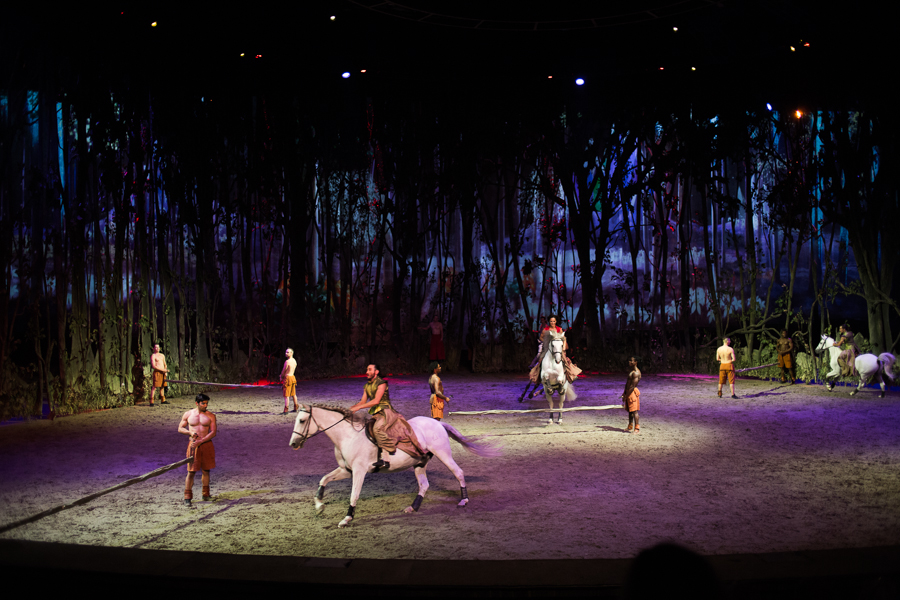 If you are a horse-lover then this show will keep you on the edge of your seat and delight you! These horses put on a great show with feats such as jumping and running in sync as their riders do all sorts of tricks and movements atop them. I’m not a rider myself, but I was intrigued by the skill and beauty of the performers as they worked with these grand animals in huge formations across the stage. 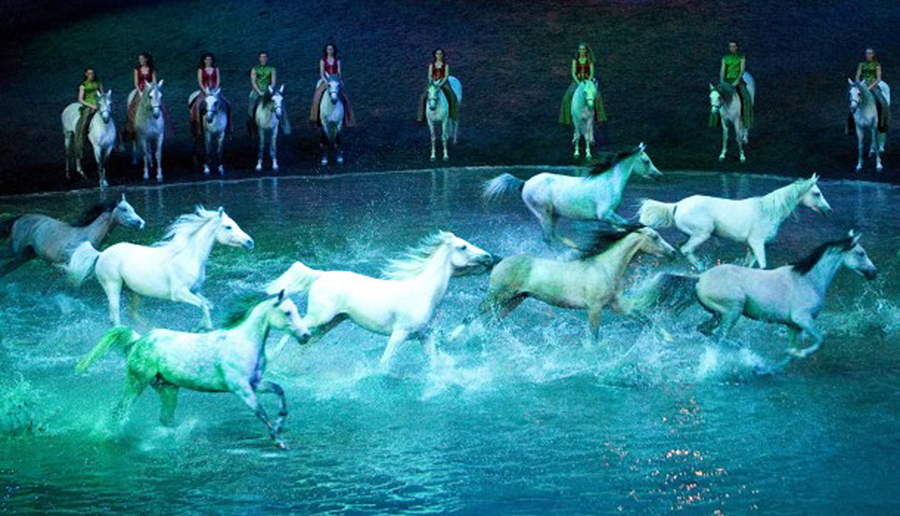 Even if you’re not equestrian obsessed, anyone would be in aw of the insanely vast set with live music performed in back lit canopies and a live singer who threads in and out of stage throughout the night like a dark angel. The costumes go from functional to breathtaking, depending on the performance needs and some of the tricks I saw atop horses will be forever burned into my memory. 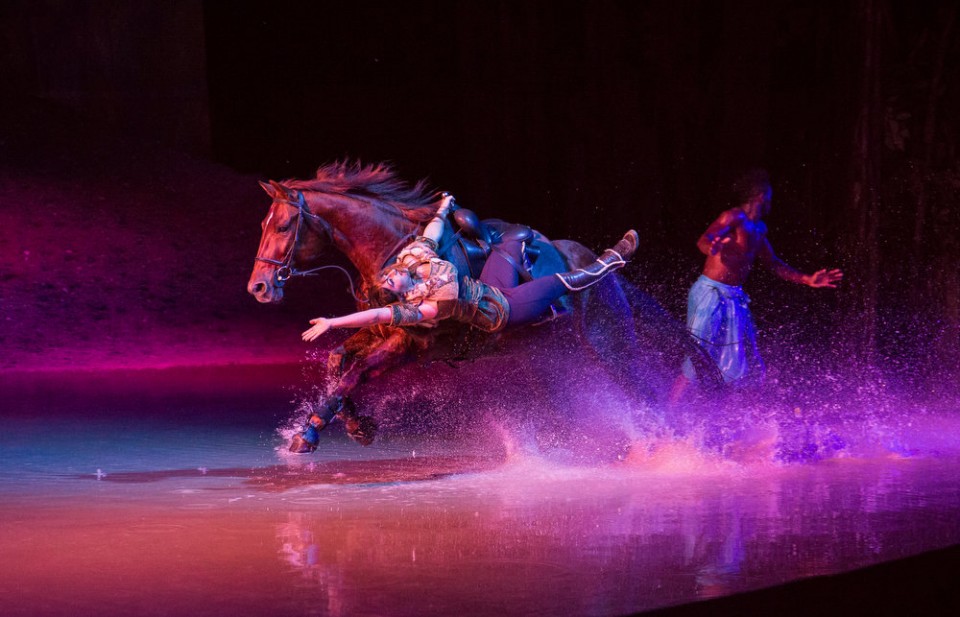 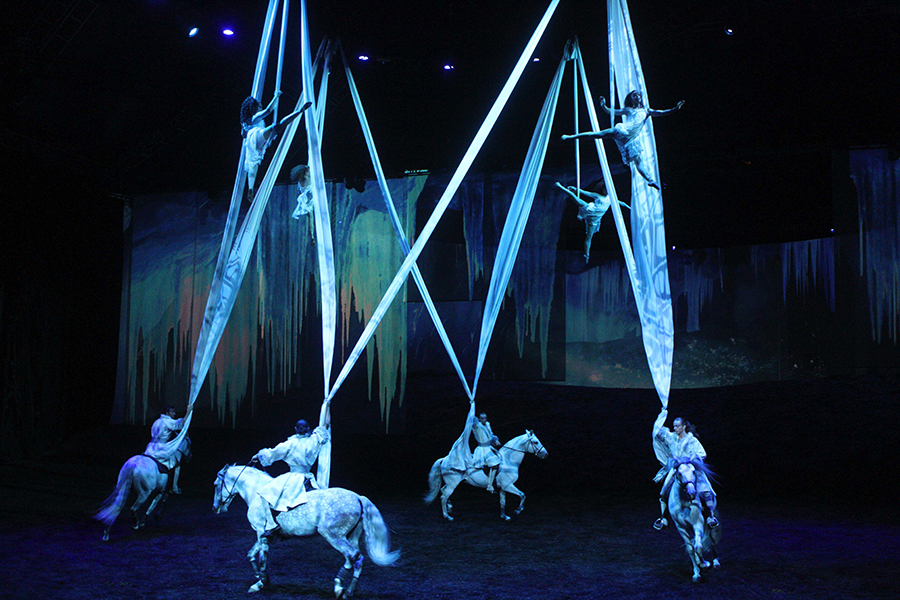 The only drawback was the lack of story to this stunning set of performances. I was surprised to realize shortly into the show that there is no true narrative throughout the performances, but rather a themed line up of scenes and performances. Though the horses are magnificent and the performers nearly out of this world, I did feel that the overall show could have been 20-30 minutes shorter. Either that or integration of story.

The over-all vibe of Odysseo was pretty chic. Between the vast “big tops” stretched across the grounds you can find shopping, extensive lounge seating and hot, delicious food. Did I mention wet bars? I was able to enjoy the buffet dinner and then dessert at intermission. You can see some of the outdoor seating here, plus not-pictured are plenty of indoor seating with air-conditioned tents which offered shade and a great evening vibe. 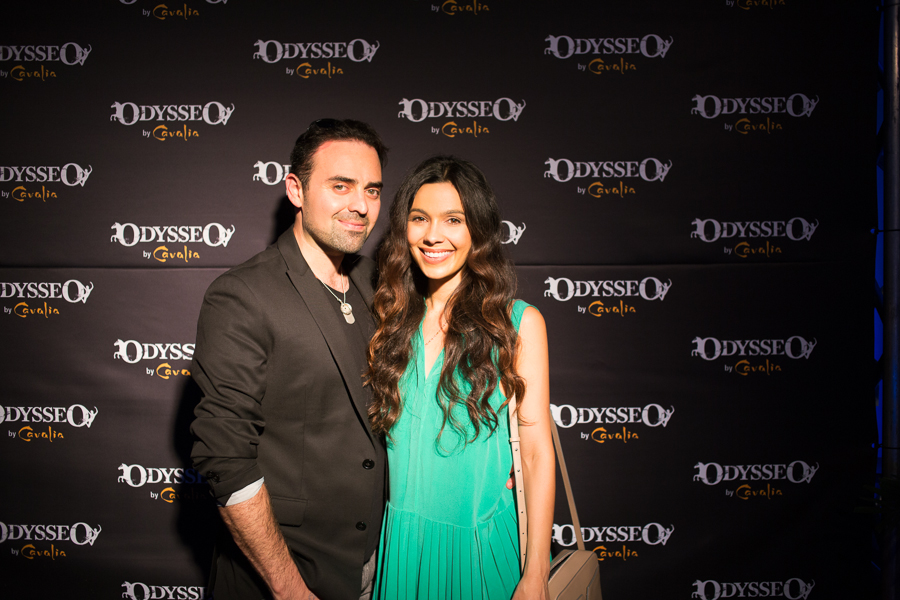 Included in the VIP package is the opportunity to meet the horses after the show as well. I passed on this due to allergies, but I think this is an amazing opportunity considering the star-truck effect you’ll be feeling after the show. These horses are celebrities in their own right.

Get your Ticket info and learn more about the show at Cavalia.net.